My Blissful meeting with Gurudev in Rishikesh!

I was studying in VJTI Mumbai and we were given a sudden holiday. With nothing interesting to do, I was casually browsing Gurudev’s Facebook page & realised He was conducting a discourse in Rishikesh. Gurudev says, “The sign of youth is the ability to take challenges”. So, despite no preparations I decided to immediately fly out to Rishikesh to meet Him!

I bought a single T-shirt on the way to the airport and within 45 minutes I was in flight to Dehradun. Upon landing, I was not sure of the bus or train schedule for Rishikesh, so I just started walking from the airport and kept following the road signs. After walking for an hour, a car stopped and they kindly offered to take me to Rishikesh. The roads were full of trees and the scenery was beautiful.

After reaching the Art of Living Ashram in Rishikesh, while I did not know anyone personally, many devotees called me by name and hugged me! I was quite surprised but one of them said he had recognised me from my Facebook posts. Moments later, everybody started rushed towards the meditation hall. Even though I was very hungry, I just followed them and to my astonishment I saw Gurudev Himself there! I approached Him and told him I had come from Mumbai for His darshan. He blessed me and gave me an apple.

After meeting everyone, He started walking on the banks of the river Ganga, near the Ashram. We walked with Him for more than an hour. And just like that, in the same clothes, Gurudev took a dip in the river Ganga. It was the very first time I was inside a river and was afraid to take a dip. As I was standing just next to Gurudev, He smiled and gently guided me. After several dips, everyone was ecstatic and we started singing Bhajans. Gurudev started splashing water on everyone!

At night, I was searching for a place to stay. Since most places were full, I somehow managed to get a small room. When I opened the windows, I was pleasantly surprised to see that my balcony was right next to Gurudev’s room!

After basking in His presence for a few days, it was time to return. I had booked an evening flight but as the day progressed, the entire state of Uttarakhand was fully flooded! The river Ganga had taken a different form. Dark black clouds loomed upon Rishikesh. It was raining heavily. I was very worried at the thought of missing my flight. A few moments later, Gurudev arrived. He directly pointed at me and asked “Tumhara plan kya hai” (What is your plan?). I informed Him I had booked a 4pm flight to Mumbai. He gave me an apple and said “Tum niklo main 4 baje tak yeh clear kar deta hoon” (You leave now, I will clear this all by 4pm). While I was totally surprised and also a little confused, I immediately left. The roads didn’t exist anymore, walking turned into swimming. There were no rickshaws plying. I somehow managed to reach the airport, but to my utter dismay I was informed that all flights for the day were cancelled. Although shaken, I kept my faith strong and started praying to Gurudev. And exactly at 4pm, I heard the announcement that my flight was ready for departure! In a couple of hours, I was back safely in Mumbai.

As Gurudev says, “When you take one step towards knowledge, the Master takes hundred steps towards you”. I will forever be grateful to Gurudev for this amazing week with Him! 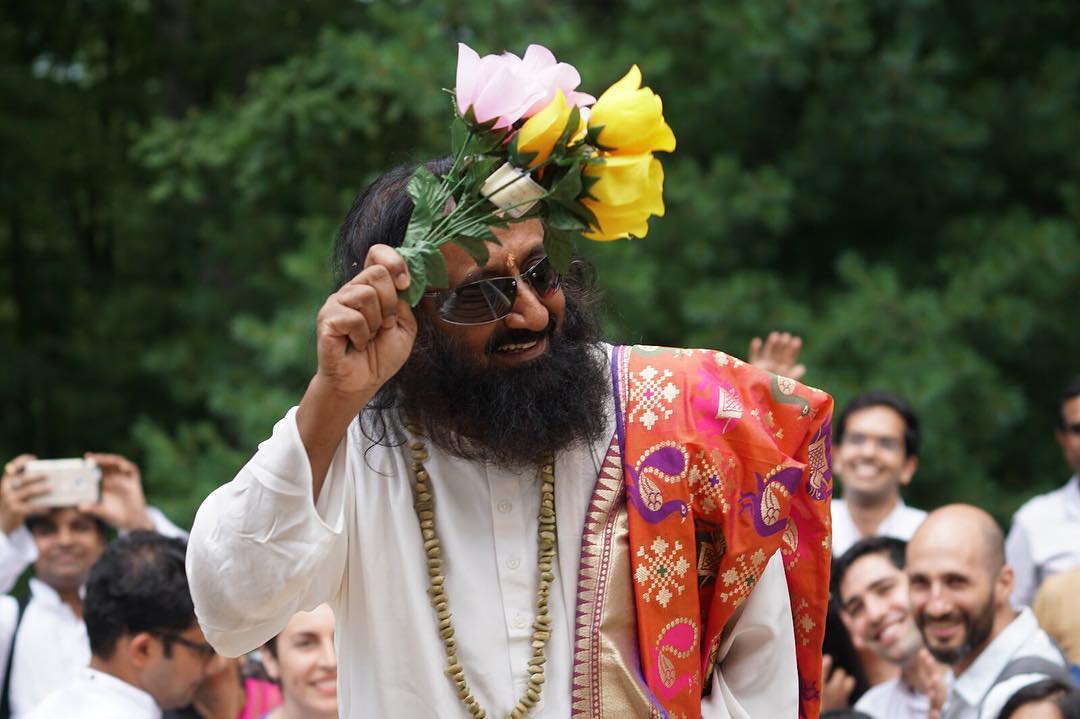 Gurudev's Blessings Helped Me Ace the Toughest Exam of My Career 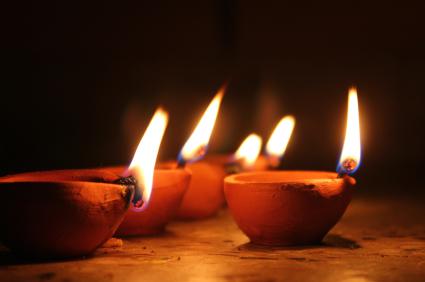 Sri Sri Makes Us All Happy 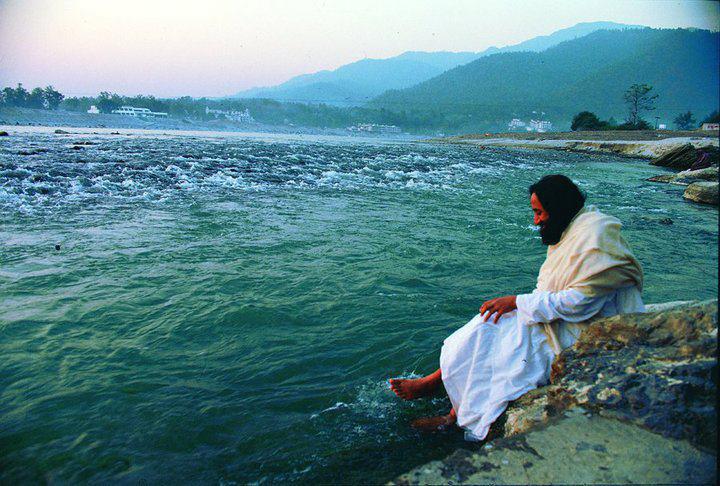 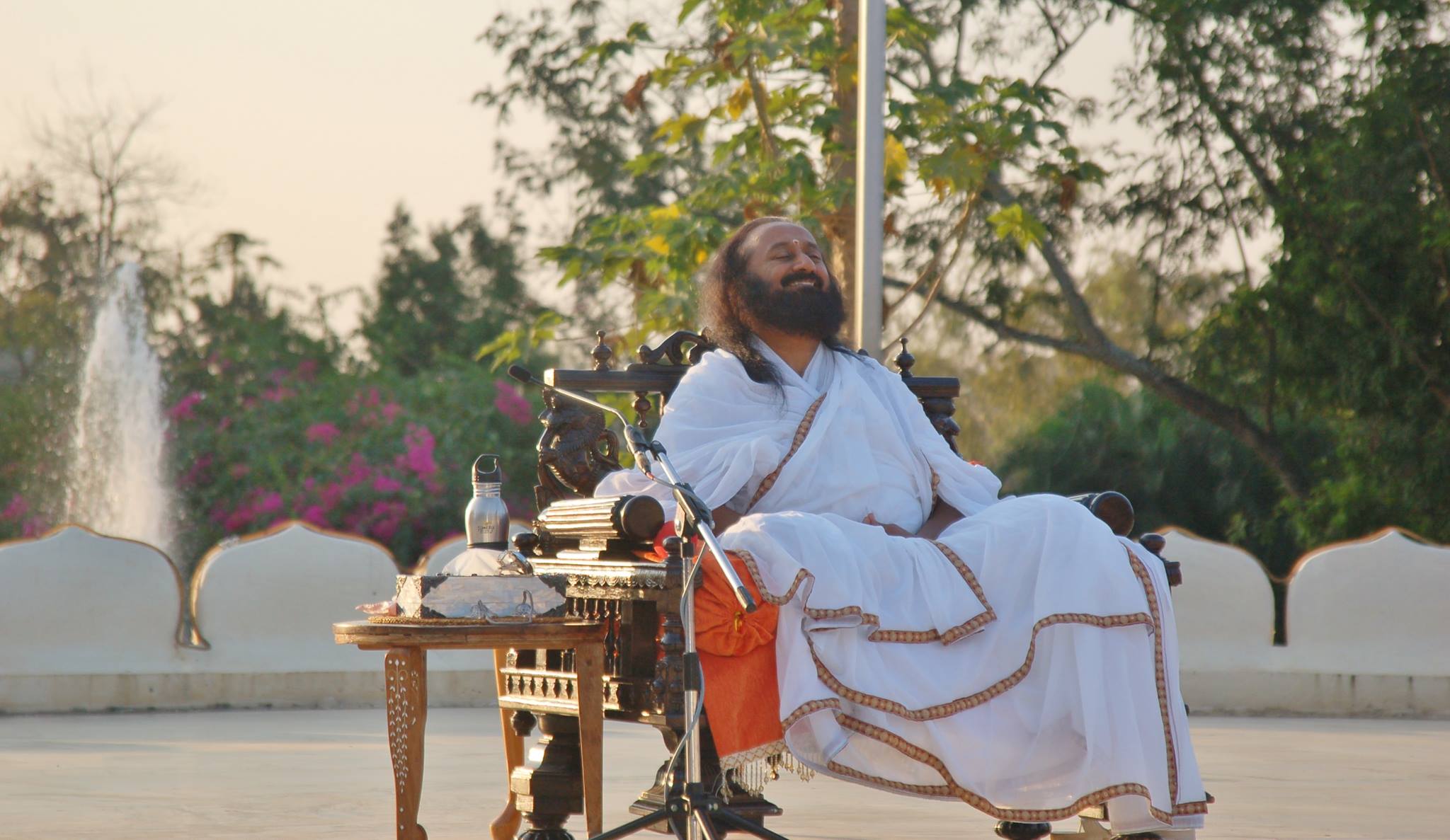