The Master came to Me!

In the year 2013, I was 29 and having many health troubles. My friends suggested various healing treatments and Art of Living was one of it. I had never heard of it by then, and decided to join on a whim. The only thing I asked the lady when I paid was whether it can heal my joint pains. I even gave her a smirk, when she said “yes”. After I joined the course, I could hardly sit, and could not do the warm ups either. Somehow, with the tender care from my teacher and my persistence, I finished the course.

By the end of it, I was able to walk on toes and heels and do slight warm ups. My teacher still states me as an example 🙂 Though I was not aware, people around me started noticing the changes in me. Also, that was the first time I saw the frame of Sri Sri Ravi Shankar in the hall. I was not drawn to it so I was actually relieved when teacher said, “you need not believe in Him, just believe in your Sadhana (everyday practice)”.

On the last day I looked at the photo and said, “I won’t pray to you and keeping a photo is out of question. On a second thought, if you come to me, then I might think of you as a master”. Being brought up in a spiritual background and having had my share of divine experiences by then, I had my own reasons. After a month we shifted to another home. It was cleaned before we arrived. While we were unpacking, I noticed that 2 empty shelves were left uncleaned and covered with some paper. I just took away those papers and stuffed them in trash bag, that is when I noticed it was actually a two and half feet poster of Gurudev!

I was in utter shock for a few seconds, the poster was reversed and used as paper in shelves. And, even after finding it, I still felt reluctant and left it in the trash bag. It got stained a little though. After few minutes I remembered what I had thought back then. I then carefully picked it out and the rest is history with a roller coaster ride of miracles that He has been showering upon me. I am not into having pictures, so the one I have is more than what I need. Jai Gurudev! 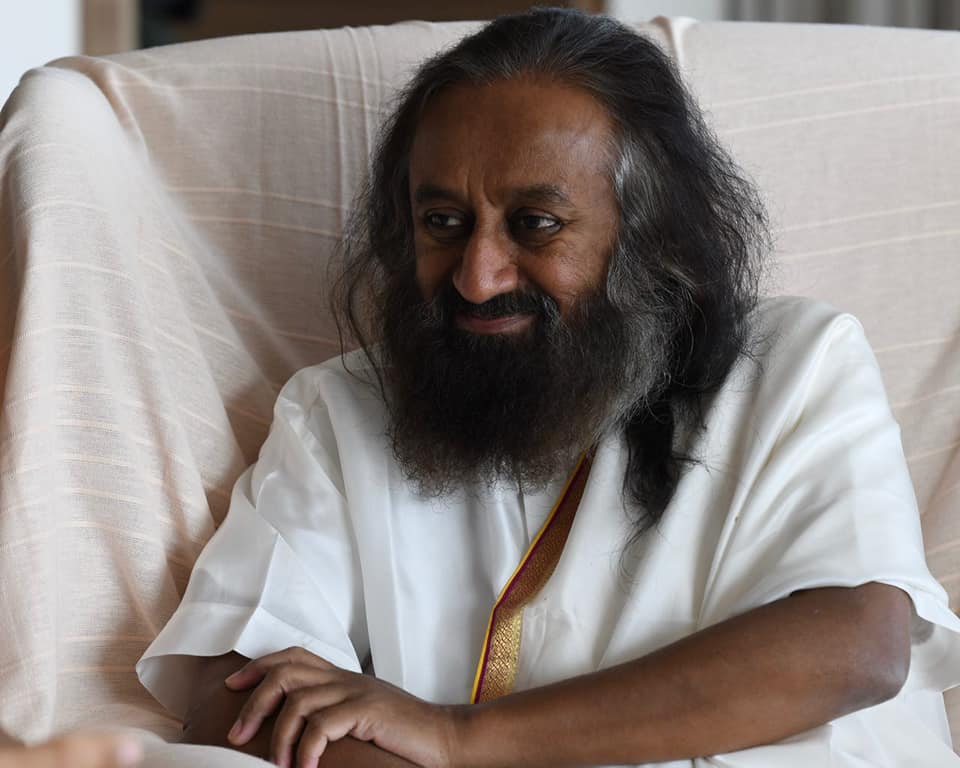 In Giving a Gift, I received the Biggest Gift of Gurudev's Blessings

A Moment with Gurudev